UK ENGLAND WOODSTOCK BLENHEIM PALACE 26MAY04 - Interiors and exteriors of Blenheim Palace and its surrounding gardens. ..The name Blenheim derives from a decisive battle that took place on the 13th August 1704 on the north bank of the river Danube, near a small village called Blindheim or Blenheim, where the French leader, Marshall Tallard, had fixed his lines. Here John Churchill, the first Duke of Marlborough, won a great allied victory over the forces of Louis XIV, thus saving Europe from French domination. In reward for his services in defending Holland and Austria from invasion by the French,a grateful Queen Anne granted to Marlborough the Royal Manor of Woodstock and signified that she would build him, at her own expense, a house to be called Blenheim. The palace was built between 1705 and 1722. The architect chosen to complete this task was Sir John Vanbrugh. Set in glorious parkland, Blenheim can be exciting to look at in all seasons and is the supreme example of English Baroque architecture...On November 30,1874 Winston Churchill, Prime Minister, was born at Blenheim Palace. Many of his paintings are hanging on the walls. Sir Winston Churchill, after a long and distinguished career as a member of parliament and Prime Minister during the second world war and in the 1950`s, is also buried at Blenheim. ..In 1988 Blenheim was placed on the international list as a World Heritage Site...jre/Photo by Jiri Rezac ..© Jiri Rezac 2004..Contact: +44 (0) 7050 110 417.Mobile: +44 (0) 7801 337 683.Office: +44 (0) 20 8968 9635..Email: jiri@jirirezac.com.Web: www.jirirezac.com..© All images Jiri Rezac 2004 - All rights reserved. 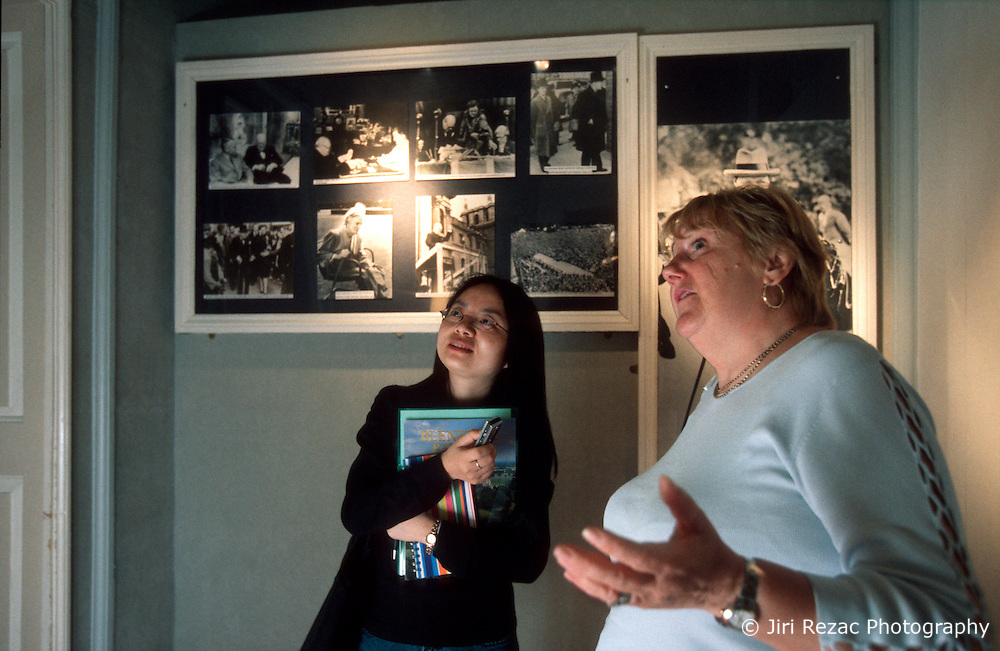