CANADA ALBERTA FORT MCMURRAY 23JUL09 - Detail view of the proximity between toxic sludge on the surface of a tailings pond and a creek connected with the Boreal forest at the tarsands mining site of CNRL (Canadian Natural Resources Limited) Horizon north of Fort McMurray, northern Alberta, Canada. 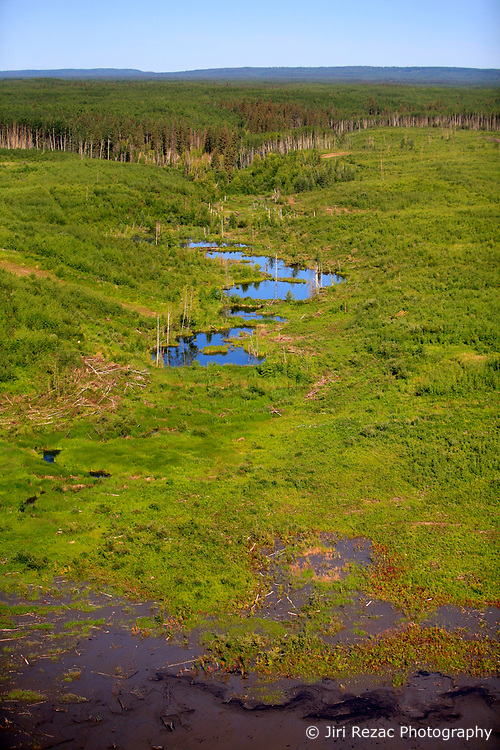