UK ENGLAND LONDON 13MAR02 - Commuters read newspapers on an overcrowded London underground Circle Line train. ..The London Underground is a rapid transit system serving a large part of Greater London and neighbouring areas of Essex, Hertfordshire and Buckinghamshire in the UK. The Underground has 270 stations and about 400 km of track, making it the longest metro system in the world by route length; it also has one of the highest number of stations and transports over three million passengers daily...jre/Photo by Jiri Rezac..© Jiri Rezac 2002 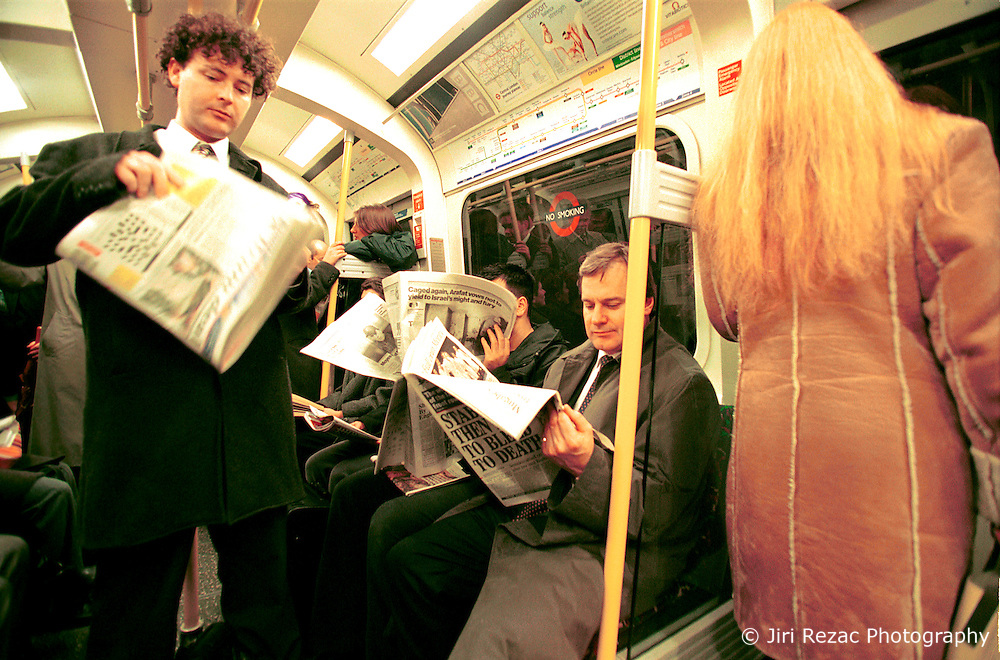