CANADA ALBERTA PACE RIVER 10OCT09 - A deer feeds near the Boreal forest east of Peace River in northern Alberta, Canada...Significant deposits of Bitumen, also known as tarsands have been found in the area around Peace River and Slave Lake, thus threatening the continued existence of flora and fauna of the Boreal through oil and gas developments...The Canadian boreal region represents a tract of land over 1,000 kilometres wide separating the tundra in the north and temperate rain forest and deciduous woodlands that predominate in the most southerly and westerly parts of Canada. ..The boreal region contains about 14% of Canada's population. With its sheer vastness and integrity, the boreal makes an important contribution to the rural and aboriginal economies of Canada, primarily through resource industries, recreation, hunting, fishing and eco-tourism...Photo by Jiri Rezac / GREENPEACE 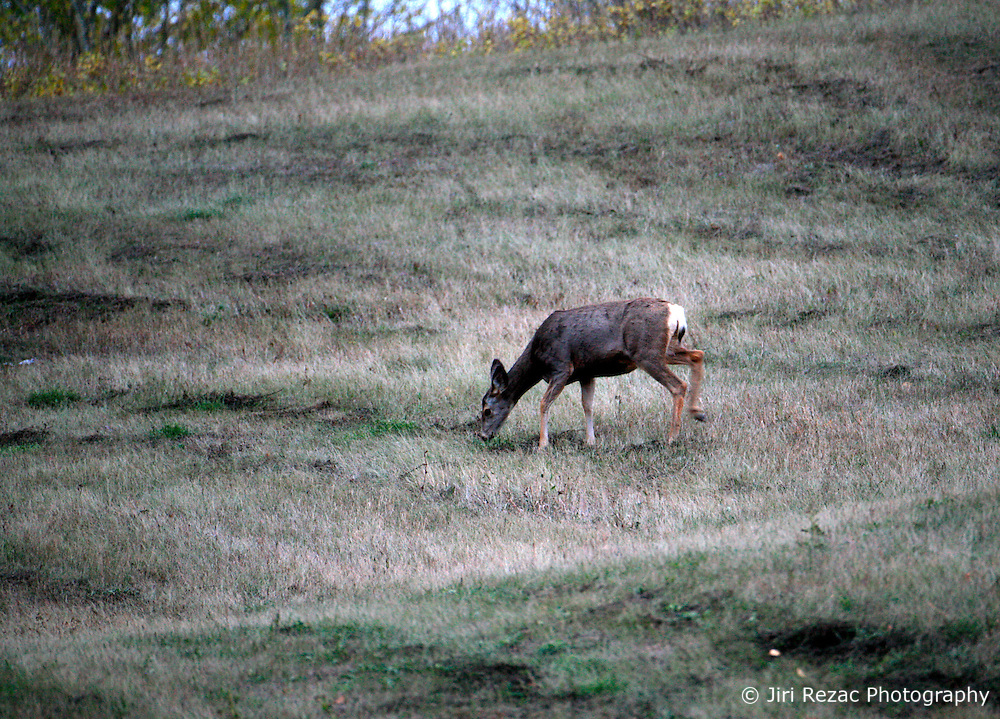